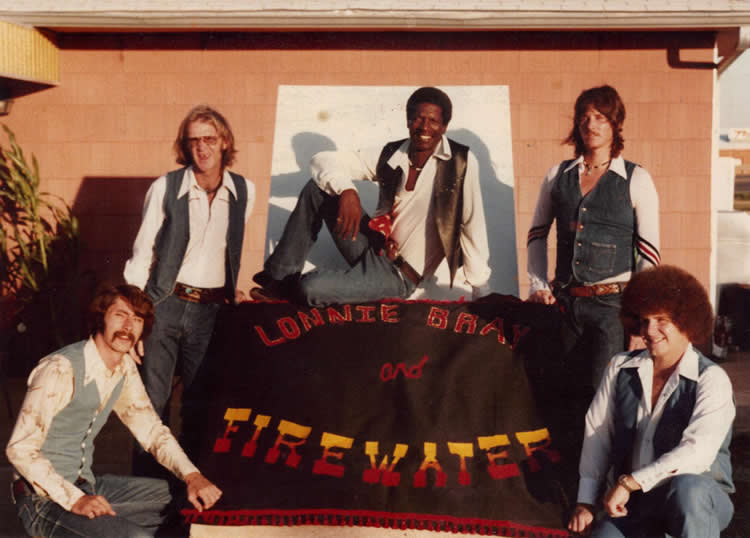 I started with the Lonnie Bray and Firewater Band in 1977.  I had never played country but that seemed irrelevant.  Lonnie needed a bass player right now and the deciding factor was that I had black, white, and red shirts.   The initial deal was $200 a week and rooms in Grants.  I quickly found that Lonnie could sing every country song ever written, while I knew few or none.  Fortunately, the audience at the Shell Lounge was not particular, and Lonnie and his band were extremely tolerant. Although the break-in period was somewhat  agonizing, I worked with Mr. Bray for the next three years. 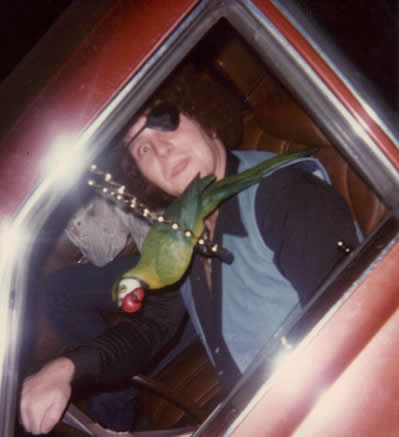 
Lonnie always worked, people generally liked him, and we made good money for those days.   We did a sit down gig at the Western Skies Hotel for a year and a half.  We played the Caravan circuit.  We played a dangerous place on 2nd Street called the Tower Bar for nine months.  We did nine straight weeks in Midland, Texas.   We basically went everywhere.  Lonnie knew so many songs he could go a week without repeating  one.   He knew enough R@B and old rock songs to break up the country monotony.  Although the core group was pretty stable, the fourth piece was always changing.   Markham Andrews (Grackles; Clams; Zots) actually played with us for a brief period.  It did not last; in part because Markham insisted that we move around his full-size upright piano; and Lonnie was fully convinced that Markham and I were in some kind of a conspiracy to interject what he called “Drakle notes” into the songs. 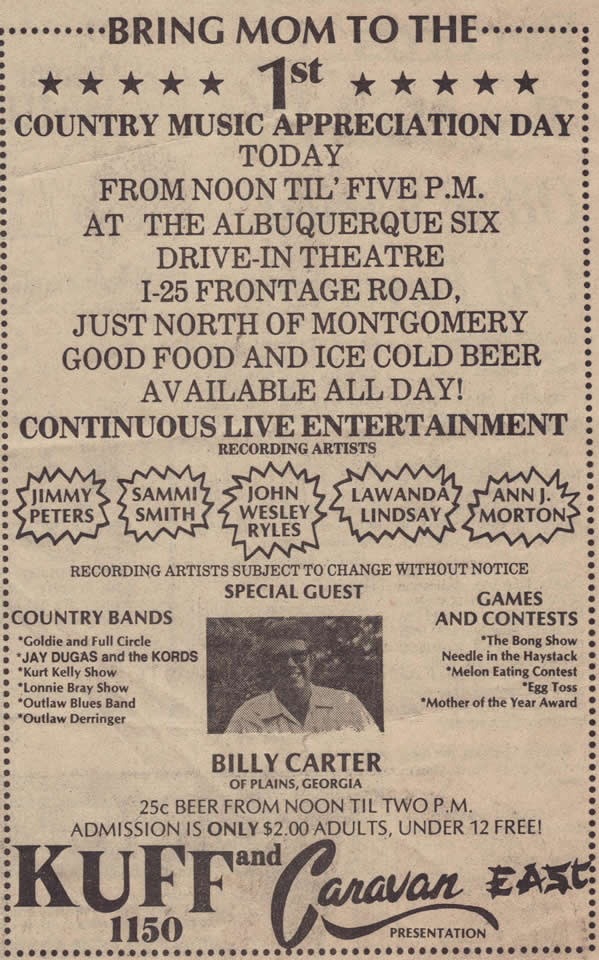 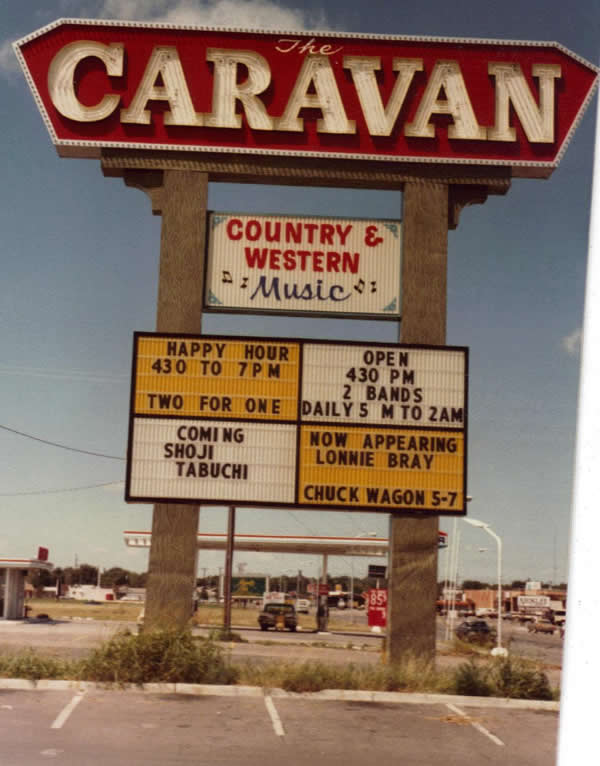 Otherwise, steel guitar player Robert (Buzz) Carter and keyboard player Mike Micknovich were constantly rotating.  Buzz would regularly be fired.  Mike would regularly quit.  Mike would leave some town and then we’d be picking Buzz up at the nearest airport.  Then Buzz would be fired, and Mike would show up.  This went on and on.  When we played the caravan in Amarillo Buzz and I would often pay $70 to fly back on an airliner rather than crawl back on 1-40 in Lonnie ’s crowded van. 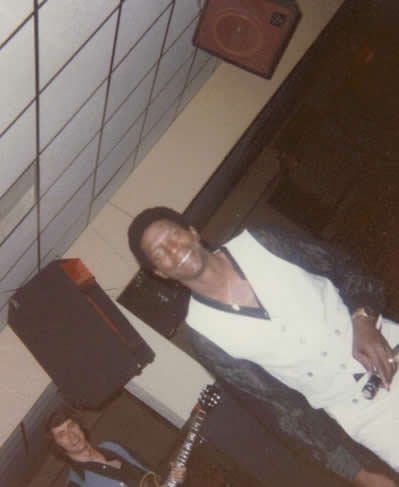 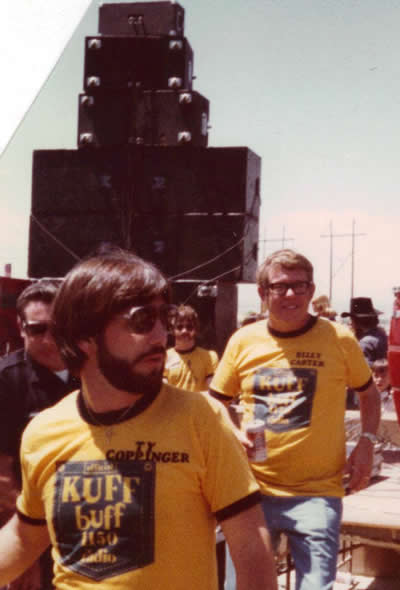 The most outlandish member of the band ended up being drummer Captian D, who was from Boston.  He had been playing in a road band passing through Clovis and Lonnie “won” him from that band leader in a pool game.   Shortly thereafter, for some inexplicable reason, Mr. Baggitt suddenly proclaimed that he was a pirate.  He would only drink rum; wore an eyepatch; carried a ridiculous plastic parrot on his shoulder at all times; insisted on being called “Captain;” and carried a plank  around in his station wagon.   He was particularly enamored with dimensionally challenged women, who he would attempt to lure to his room to “walk the plank” as he put it. 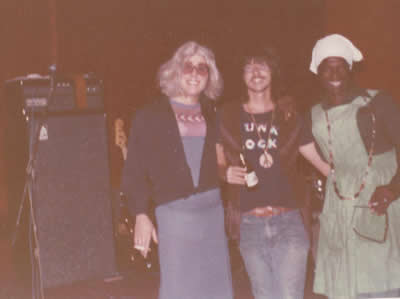 The last time I saw Captain D is worth recounting.   We had a rare period without a gig, and Dan was staying in a cheap motel room on east Central.  He had wrangled a gig that night with some band at the Western Skies.  However, he insisted Buzz and I accompany him to some porno shop where he lurched up to the counter and demanded of the clerk “Got any Locker Room?”  The man served it right up.  Locker Room is some hellish concoction of butyl nitrate, that when inhaled, immediately surges your heart rate up to a terribly dangerous level of about 200 beats per minute.  Perhaps it has some situation applications, but should have been illegal.  It certainly must be by now.   Captain D cracked the bottle right in the store; took a huge whiff and began yipping like a coyote.  When we left him at his motel room he was still periodically inhaling this horrible stuff and whooping like a maniac.   I predicted that a Locker Room binge was something like a drinking binge- a process with increasingly diminishing returns.   So, that evening we decided to go to the gig and check things out.   Dan did not look well and was playing poorly.  Periodically, he would turn on his drum stool, bend over, and surreptitiously breathe from the little bottle.  However, his responses were no longer enthusiastic whoops, but pathetic little bleats of anguish.  The rest of the band had no idea what was going on.   Fortunately, they were so terrible that they couldn't even discriminate the level of Dan’s impairment.   I’m not sure I ever saw him again.  Some months later one of us received a studio quality picture from Boston, of Captain Dan in full pirate regalia, with a real parrot and a cutlass. 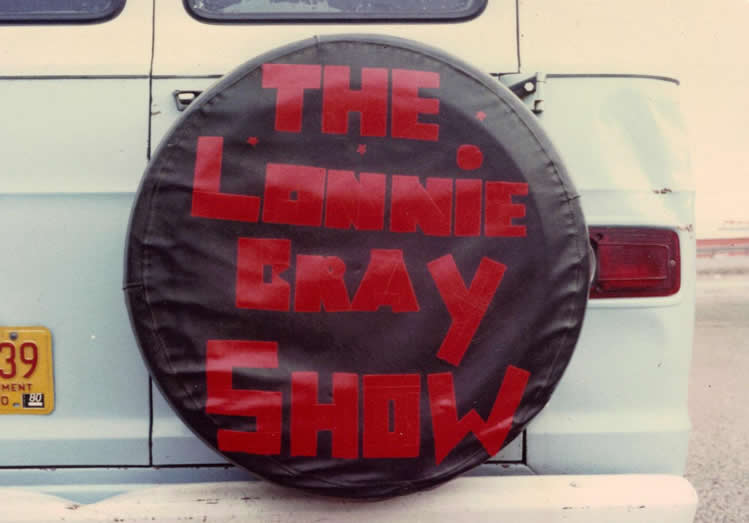 Lonnie and I had some falling out at the Caravan in Clovis around 1980 and that was that.   Markham, Bert, and I (aka The Grakles) drove up to Denver for some reason and stopped somewhere in between, at the motel where Firewater was staying and playing.  We visited long enough to tell Lonnie that we were on our way to play some big coliseum show in Denver.   He appeared troubled by this information.  All in all though, my time with Lonnie Bray and Firewater was an interesting experience, with an often bizarre cast of characters and never a dull moment.