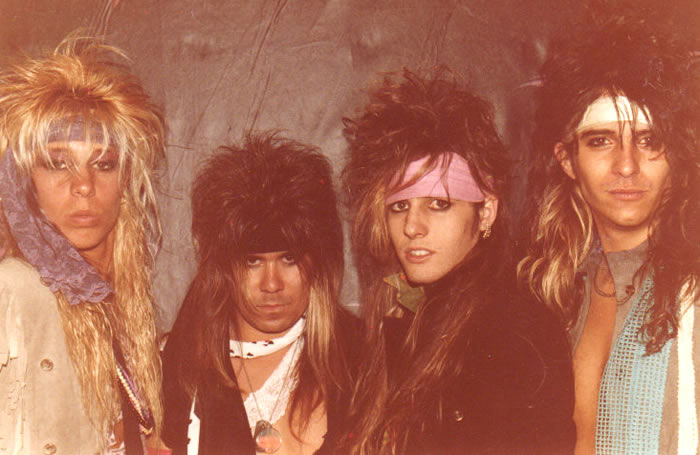 -Albuquerque Metal Magazine, Oct.1984 - Call them the glam-four, the glamsters, the glamblers or the glitter squad. Or call them whatever you want to, because along with death and taxes, one thing I certain: Before the smoke clears, every man, woman and child will have heard of and from Durtie Blonde.

Calling Albuquerque, NM, home for the time being, Durtie Blonde was formed in March, 1984.  Roger Strommen and Bill D’Angelo are former members of Queen Bitch, while bassist Mike Franklin and drummer Bobby Murray were recruited into the ranks from local band Razor.

In less than one year, the four have become Albuquerque's hottest and biggest drawing rock attraction, selling out 1,200 seat venues such as Graham Central Station and the University of New Mexico's Sub Ballroom. In addition, the band supported Seattle rockers Rail at their September 1984 concert at Graham Central Station. 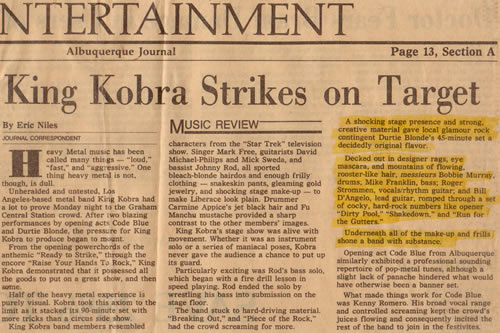 The Band has a fanatical following, especially among it's female followers. This could explain why Durtie Blonde's audiences are often made up of more women than men. Dirtie Blonde have coined the term "Cinderella Metal" to describe their hard-driving, contagious sound. The band sees themselves as "the glass slippers of rock." 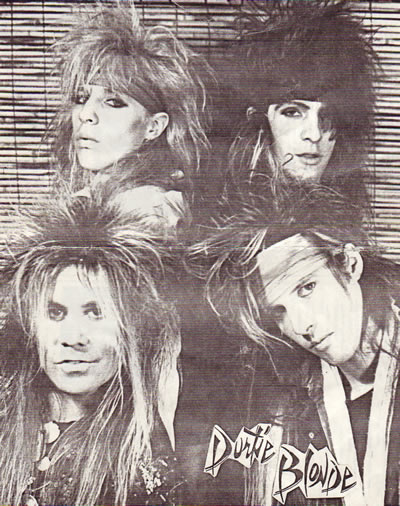 "We're not a heavy metal band," Murray says. We're loud and proud. We like a lot of singing, harmonies and good arrangements." The group does booming business in merchandising. Durtie Blonde t-shirts and buttons are sold as quickly as they can be produced. The t-shirts come with a piece of paper attached which says "This shirt not to be worn unless torn or suitably mutilated." And if their distinctive, catchy musical style isn't enough, the band has the look; a colorful, visual image every bit as intense as their songs. And enough hair to easily cover the state of Rhode Island. Their huge stage show features a custom-made drum riser plus a wall of barred, black and white cabinets. But unlike some other bands, Durtie Blonde has their priorities set, and the image takes a back seat to the songs. "Our image isn't what we're presenting, we're presenting our music," Murray stated. 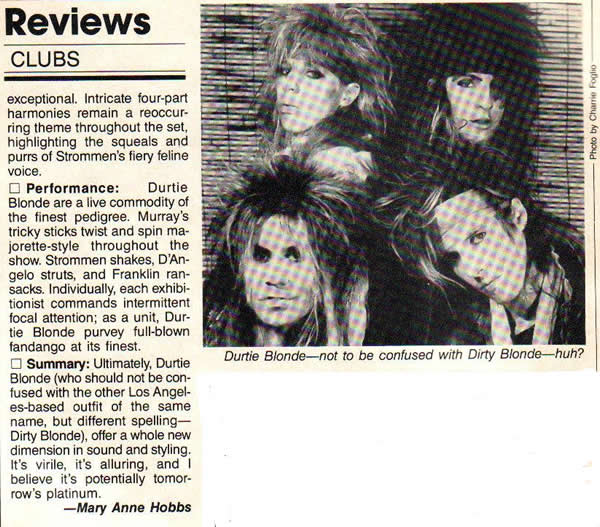 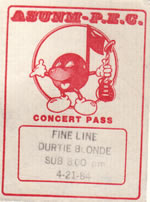 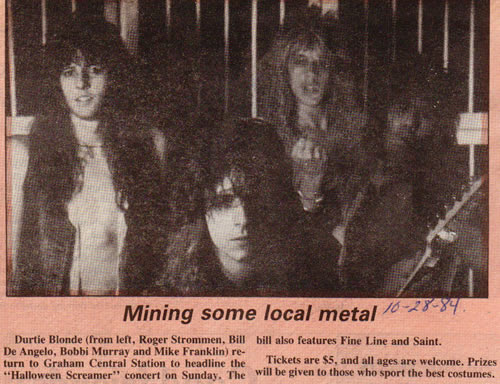 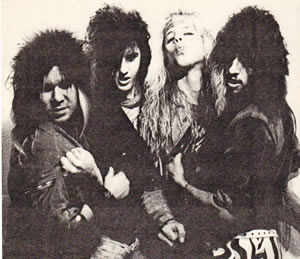 While the band has proved time and time again that it can kick some serious tail live, Durtie Blonde has also shown promise in the recording studio. They have recently completed a five-track; self financed demo tape that makes efforts of established bands sound tame in comparison. 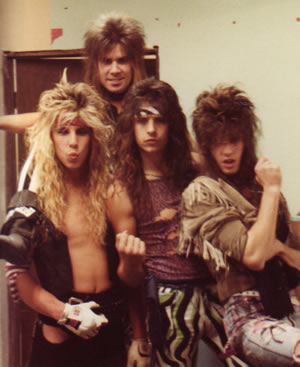 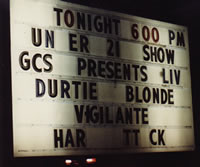 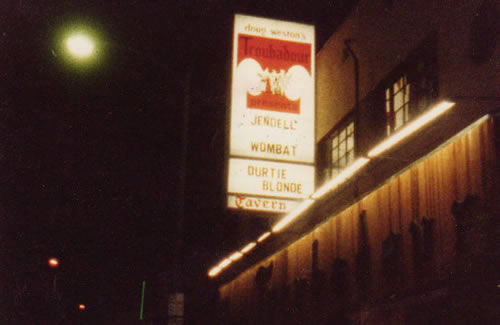 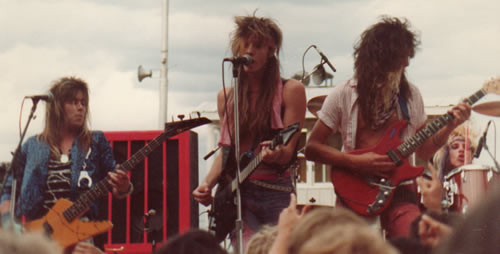 Joey Alves and Leonard Haze of Y&T and Dokken's Jeff Pilsen have offered words of advice and encouragement to the band, and if Durtie Blonde continues to progress as rapidly as they have, it's just a matter of time before the band makes a lasting impression on the rock world. So take heed...Durtie Blonde is on the loose, and they take no prisoners. You have been forewarned. --Greg Andersen 1984 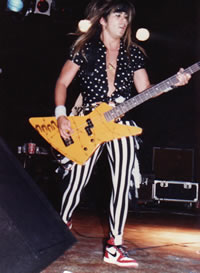 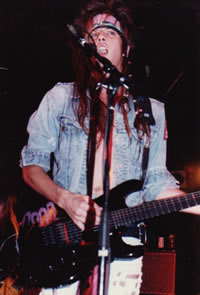 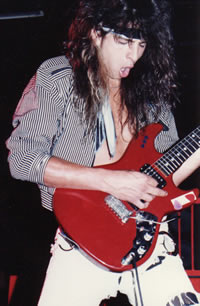 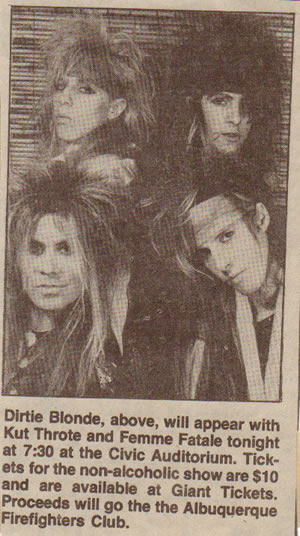 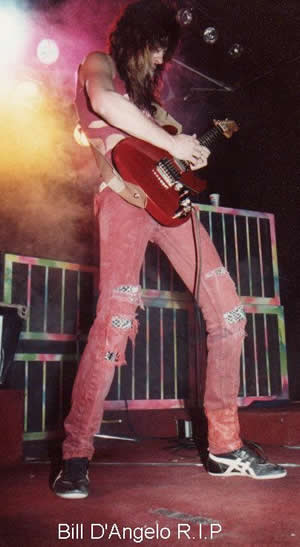 2007
Bobby Murray continues to play drums and is currently living in Phoenix.
Mike is currently in the band "UNCLEAN" in Albuquerque
Roger is an engineer for IBM in Tuscon.
Bill D'Angelo passed away in Nov. 2005, RIP brother. 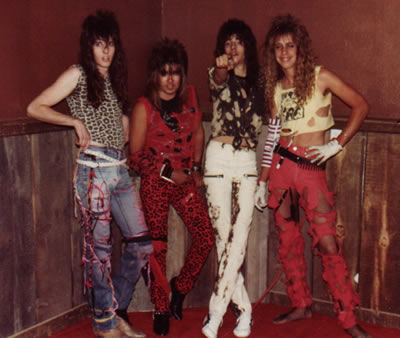