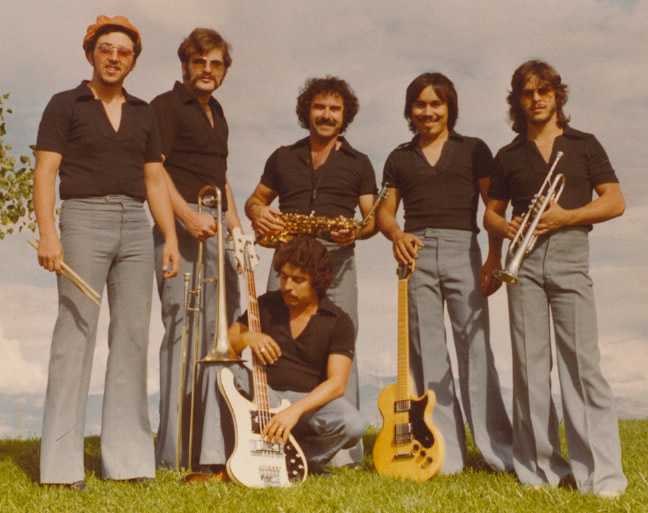 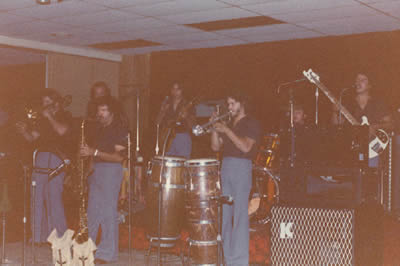 Manuel Ortiz and Jerry Perea started the group, which had only 4 members. Joey Ansi on drums, Pat Sanchez on bass, Manuel Ortiz on guitar and Jerry Perea on sax. We ended up with 7 members with the addition of keyboards, trumpet and congas (Larry Morales), and trombone (Daryl Piper). We played at various places like the Far West Club, Latin Quarter, Civic Auditorium - opening for Tower of Power, Fox Hunter, Studio One, Annex II, Neds on Central, Friars East, Friars Pub, Kimo Theater, and Graham Central Station - opening for James Brown. Flipside also played throughout the states of New Mexico, Colorado, and Arizona. Although Flipside was a part time group, (we all had regular jobs), many people considered us to be full time. We saw many changes in personnel, but the main nucleus always remained.

Other members that saw action with Flipside: 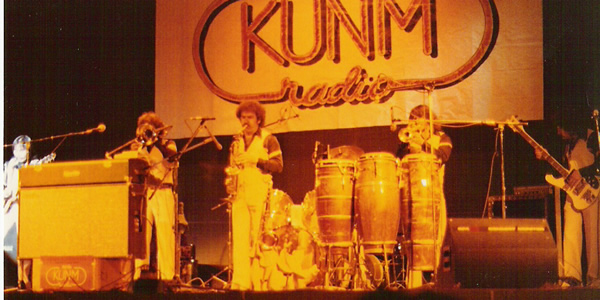 FlipSide at the Kimo for KUNM Benefit - 1978 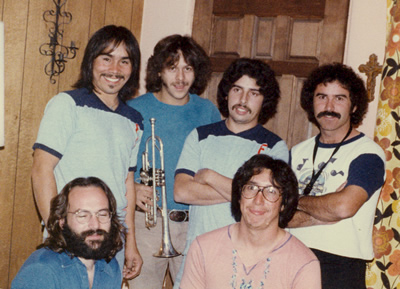 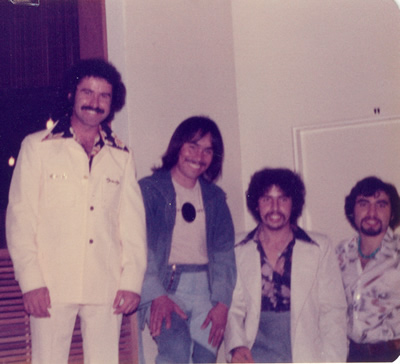 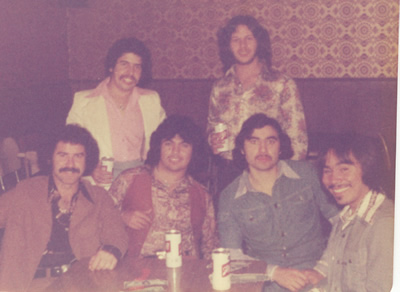 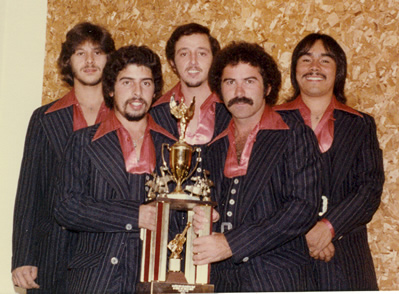 1977
After the Battle of the Bands 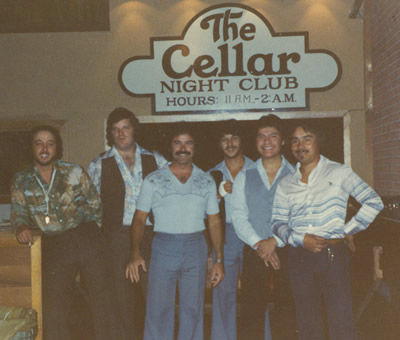